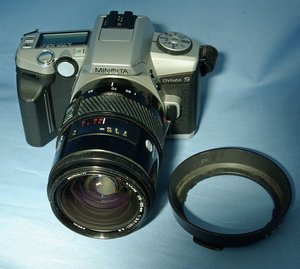 The Maxxum 3 and Maxxum 4 are based on this Minolta, being less feature-rich entry-level cameras. This fifth generation (Alpha/Dynax/Maxxum 3/4/5, 7 & 9) were the last full generation of film cameras that Minolta made with only two more film cameras (Aplha/Dynax/Maxxum 60 and 40) produced before merging with Konica and leaving the 35 mm camera business all together.

You must be logged-in or registered to access this page.
Follow @ephotozine
Reach 1.6 million Photographers; Advertise on EPZ