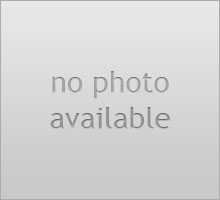 The Pentax SMC-F 28mm F2.8.
This was announced with the first of the Pentax AF cameras back in 1987, and only produced until 1989, when it was replaced by the FA series of lenses.

So, to start with, what do you get?
Well you get a typical 80's style of outer design - Dark grey, with bold red graphics. Not pretty, and a bit retro.
Build - The outer casing is plastic, but the core of the lens is clearly metal. The filter screw is metal and the lens is quite weighty. The whole effect though provides a very solid and well made lens.
Size - think of the FA35, FA50 and DA35 and you get the idea - small.
Handling - The focus ring is small, ala FA lenses, but solid and grooved, so it is ugly, but works very well. It also has a window for focal distances. more like modern lenses and Pentax's own DA* range.
Now the important bit

Performance.
Now I was lucky recently to compare this lens to the later FA 28mm lens, which has a completely different optical arrangement. The FA was good, but the F is better. It is so sharp! Not that the FA is not, but the Next sentance will explain why.

Use on Digital.
Here we go, A 25 year old lens on a modern K-5 body, surely the CA is appalling?
On the contrary, the Lens on digital, even the demanding K-5, the CA is practically zero! The FA (mentioned above) does show a small amount, but this lens? nil!

Sum up
The F-28mm is a fantastic lens, which gives you true FOV on APS-C. It is not quick, but if you want a small sharp lens, then try and get hold of one of these. They are rare, and demand a premium, but they are worth it. If you can't get the F, then the FA, is an excellent substitute.

You must be logged-in or registered to add a review.
Follow @ephotozine
Reach 1.6 million Photographers; Advertise on EPZ